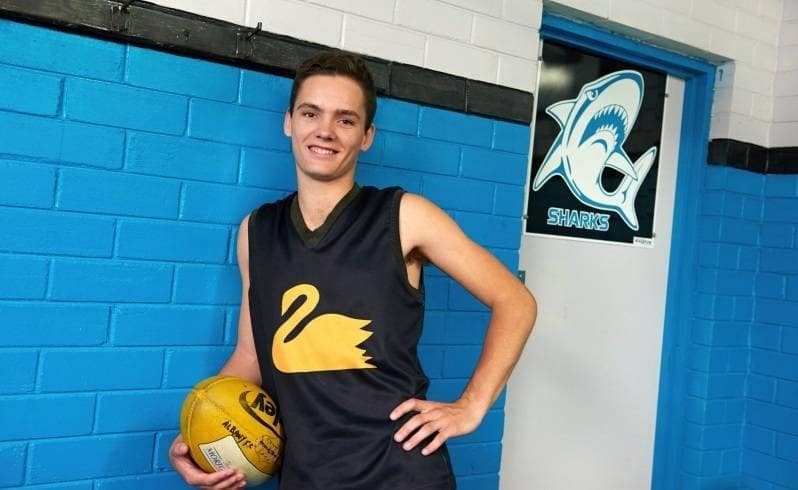 Selectors had seen enough from one trial match to give talented Albany Sharks youngster Tyron Smallwood the nod to represent WA in the State Schooboys 15s team in the School Sport Australia AFL Championships.

Despite being sidelined with a hip injury suffered in his Great Southern Football League debut in round 1 in April, which prevented him from taking part in the final two trials, Tyron was unexpectedly announced in the final squad of 25 last week to travel to Geelong for the championships, which start on July 19.

“I was basically speechless,” he said.

“I had only played the first game, so I was really surprised.”

The lively forward who booted 43 goals in the GSFL under-17s competition last season – including a best-on-ground six goals in the Sharks’ grand final win – is set to return from injury in the coming weeks and will attend training every Monday in Perth in the lead-up to the championships.

The squad will play their first practice match against a South West Academy side on June 12 before two more matches in July.

Read the full story at the albany advertiser
Tags:16sAdvertiserTalentTim Edmunds
nextSharks get teeth into that winning feeling