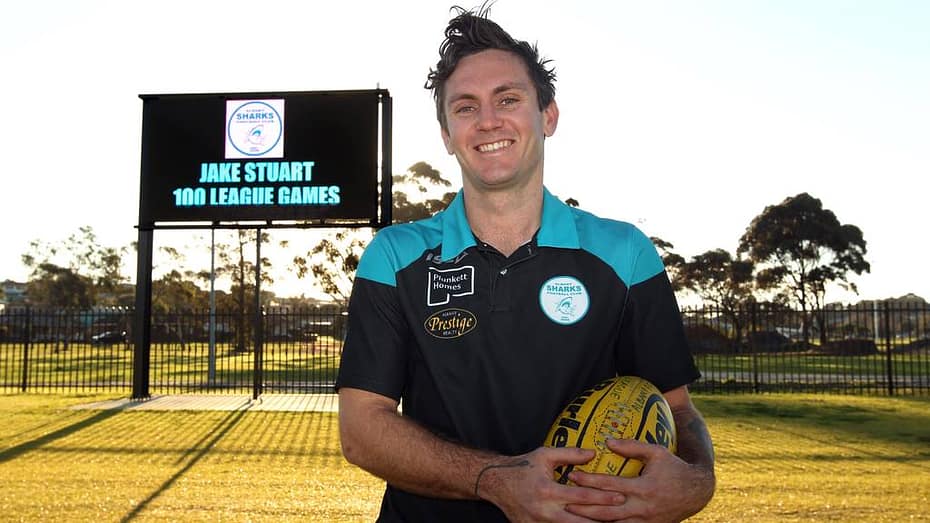 For loyal Albany servant Jake Stuart there is more to football than just winning.

Stuart will create a special piece of Sharks history on Sunday, becoming the first player in the club to reach the 100 league game milestone after missing only three matches since their inception in 2012 as a league team.

Most country footballers reflect on the good times, the memorable wins or premierships when reaching personal milestones but things are a little different for Stuart given he’s played in 98 losses.

He may have one of the worst win- loss records in country football but never for a moment has Stuart considered walking away or switching clubs, in a sign of his resilience and loyalty to the Great Southern Football League’s newest club.

“It’s obviously a big honour but for me it’s about the bigger picture,” Stuart said.