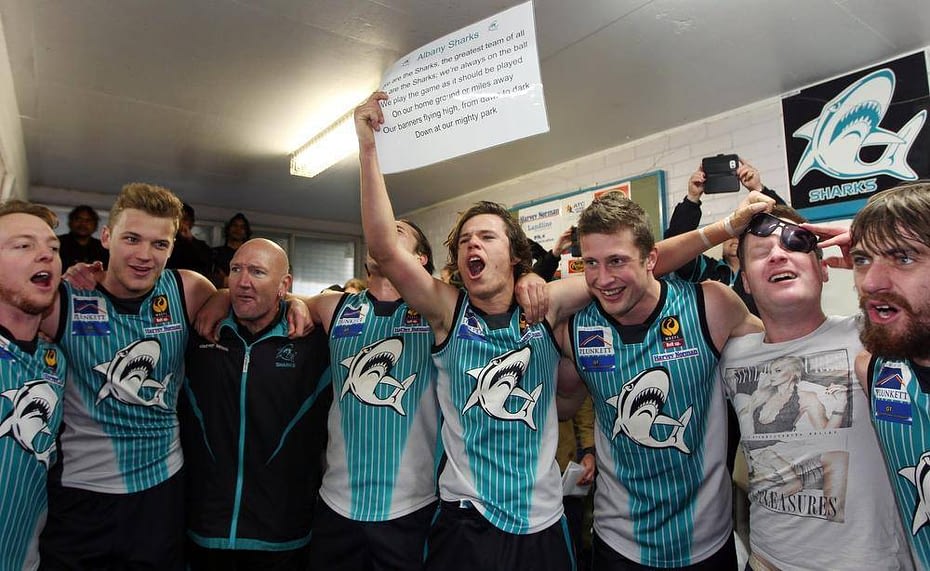 There could barely have been a madder “Mad Monday” than yesterday’s end-of-season celebration for the Albany Sharks. After four winless seasons for 59 consecutive losses — and just a week after a 39-goal flogging — the Sharks chomped into an historic first league victory with an 82-point win over Mt Barker on Sunday. The bodies strewn throughout the home of club president Geoff Oldfield yesterday morning was testament to the mighty feat, before festivities continued to wash away the club’s harsh statistical history. Not once since AFL great Jason Akermanis played for the Sharks in their first Great Southern Football League seniors game in 2012 had they enjoyed the sweet taste of victory. Their average losing margin before Sunday’s win was 141 points, including a 242-point smashing by North Albany… Read More »Sharks get teeth into that winning feeling